Vosotros or Ustedes: When to Use International Spanish 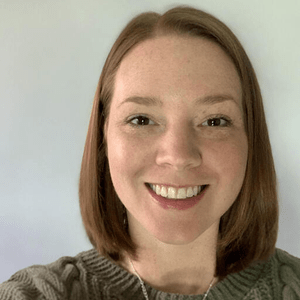 As global languages go, Spanish is by far one of the most interesting and widespread. According to the Index of Human Development, it’s the second most important language on Earth. Here in the US, it’s the language spoken by most people (after English). Due to the contributions of immigrants, population growth, and second-language acquisition in students, it’s also the fastest -growing. The US has more Spanish speakers than Spain, more than any other country except Mexico.

22 countries around the world, from Guatemala to the United States to Puerto Rico, list Spanish as their major language, with an additional few speaking Spanish in some regions. That’s at least 30 regional variants, some with major differences. So how do Spanish speakers around the world understand each other? How do businesses pick the right version of Spanish for their translations?

The answer seems to be International Spanish, a variant of Spanish free from localisms. It’s usually best to use the language of the specific destination of your translation, but because Spanish is a highly mobile world language, linguists developed different forms of Spanish to allow translators to create materials that could be understood by as many as possible. But like any language choice, the “right” form of Spanish isn’t always International Spanish. Below, we share some of our tips for choosing the most appropriate version of Spanish for your translated materials.

Between the Spanish spoken in Spain and Latin American countries, there are a few terminology and grammar differences to keep in mind. Some are minor, such as knowing how to refer to someone serving you in a restaurant. In Spain, a waiter is a “camarero/camarera,” whereas, in Latin American countries, the more common term is “mesero/mesera.” Other vocabulary differences can cause serious confusion among countries. In northern Mexico, the word “curado” means either “healed” or “funny.” Most other Latin American countries describe a funny person as “chistoso,” so describing a comedian as “está curado” would confuse most global Spanish speakers. Being aware of regional vocabulary variations can help you avoid words with double meanings—or double entendres—in certain areas.

Among Latin American countries, slight grammatical variations and significant terminology differences distinguish the languages. For example, most Latin American countries directly address groups of people (second-person singular) as “tu.” But Argentina, Paraguay, and Uruguay go for the more formal option and address those same groups as “vos.” For example, someone in Mexico might ask you to dance by saying, “Quieres bailar?” (Do you want to dance?) or “Puedo bailar contigo?” (Can I dance with you?). But an Argentinian might instead ask, “Puedo bailar con vos?” This is a key difference to keep in mind when writing advertisements directly addressing your audience, or when trying to ask someone to dance.

Stay in the know with all things translation with our ad-free newsletter. Every other week, no spam. We guarantee.

So how do you go about deciding what version of Spanish to use in your translations? It’s important to research and consider your audience.

First, think about the kind of content you’ll be working with. Are you writing technical content? If so, the standardized nature of the content might make International Spanish the right choice so that your audience can understand the language, no matter where they are.

But if you’re writing marketing content, the choice is a little trickier. How large is your audience? How big is the campaign—is it going to span several regions with different dialects? In some cases, a local version of Spanish might be perfect; for larger campaigns, a more standardized version, perhaps inflected with some localisms, might be the better choice. For example, if you plan to launch your website or marketing materials only in Mexico, then Mexican Spanish would be the smart choice. But if you’re thinking of expanding to other Latin American countries in the future, it might be a cost savings to use Latin American Spanish instead and try to avoid localisms when possible.

To decide which kind of Spanish may be right for your project, contact our Spanish experts at Argos.

Clare Yukevich is a Senior Project Manager at Argos Multilingual, where she manages translation projects and maintains relationships with vendors. She has a master’s degree in Translation from Kent State University as well as experience in translation and localization.